Adele Concert in Orlando at the Hard Rock Live on October 13, 2011 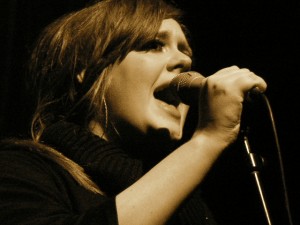 This concert has been cancelled. Click Here for details.

Adele Laurie Blue Adkins, otherwise known as just Adele, is a breakout British artists whose single Rolling in the Deep can be heard all over American radio and reached number 1 on the Billboard 100 charts in 2010. Rolling in the Deep is on Adele’s sophomore album 21 after releasing the hit song Chasing Pavements in 2008. Adele won the Grammy Award in 2009 for Best New Artist.

Adele – Rolling in the Deep

This entry was posted in Calendar and tagged concerts, hard rock live, top 40. Bookmark the permalink.