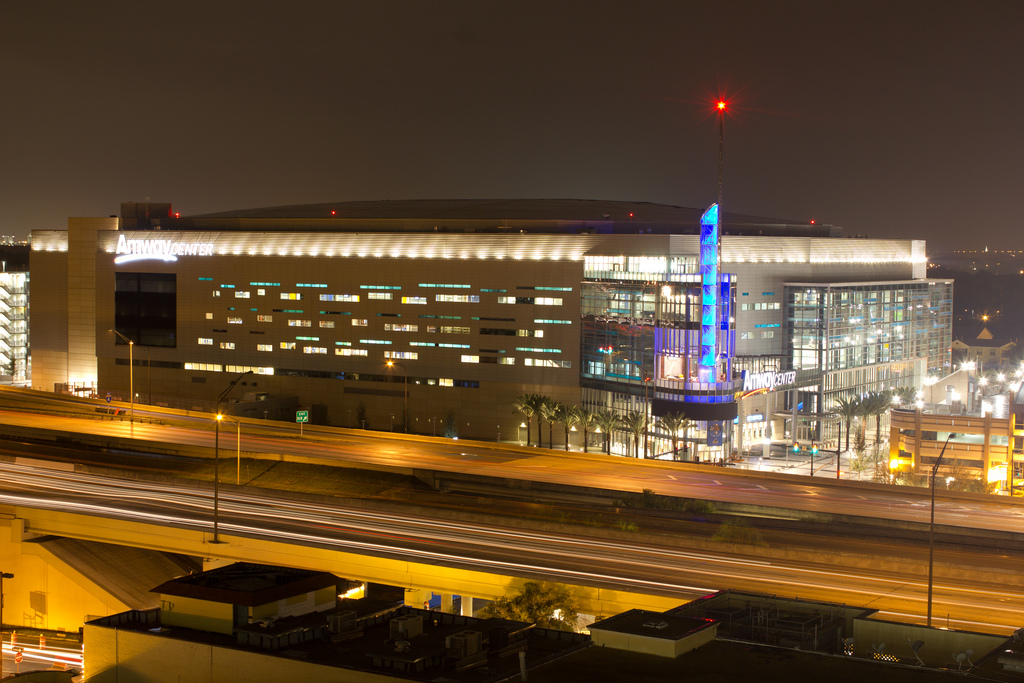 The Amway Center officially opened it’s doors today, Friday, October 1, 2010. The new $480 million arena is now the most technically advanced arena in the entire country and comes in at 875,000 square feet as compared to the old Amway Arena’s 367,000 square feet. The center will have the largest scoreboard over center court in the entire country and over 1,1oo flat screen televisions within the center will have the capability of being individually controlled. The Eagles will be the first actual event at the Center on October 7, 2010 and the city has already secured the 2012 NBA All Star Game with the potential of a continuous rotation.

Click Here for more information about the outside bar and nightclub at the Amway Center with the best view in Orlando of the city skyline and here for Amway Center events and concerts featured on Orlando Local Guide.

Click Here for a gallery of pictures of the new Amway Center courtesy of downtown-otown.com.