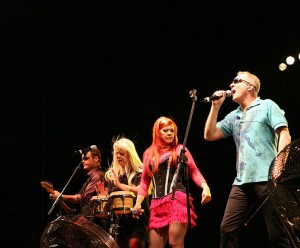 The B-52s are scheduled to open up Universal Studio’s Mardi Gras set of concerts on Saturday, February 11, 2012.

This entry was posted in Calendar and tagged concerts, mardi gras. Bookmark the permalink.