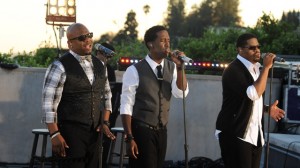 The Philadelphia hit stars Boyz II Men will be playing in concert in Orlando on Monday, October 8th, 2012 throughWednesday, October 10th, 2012 for the Epcot Food and Wine Festival at Disney World.

Boyz II Men are the most successful R&B group of all time, having sold more than 60 million albums worldwide including their hit single “End of the Road,” produced in 1992, which broke the record for the longest-standing single remaining number one on the charts. Other favorites also garnered awards and popularity, including several more that broke records with hits like “One Sweet Day” with Mariah Carey and “I’ll Make Love to You.” “A Song for Mama” and “Water Runs Dry” are just some others that have soared to the top of the charts.

Click Here for more information about the Epcot Food and Wine Festival and here for the concert lineup for all nights.