Did someone say that the housing market is back in Florida?

Local Chefs in the Spotlight

Orlando residents will be interested in seeing some of the top chefs in the area for the 2013 show including James and Julie Petrakis of the The Ravenous Pig, Kevin Spencer of Spencer’s for Steaks and Chops at Hilton Orlando, Greg Picard, executive chef for Orlando World Center Marriott, Dun Chau of Sushi House Orlando, Danny Otera of Teak Neighborhood Grill, and chefs and experts from Whole Foods Market, New York Dinger and World of Beer.

The chefs will be doing cooking demonstrations and providing samples on the Edible Orlando Cooking Stage.

There are also a lot of other Home and Garden celebrities and exhibitions going on throughout the weekend that you can find out about on the official website here.

In addition to all of the events going on, there is also a silent auction that will be taking place for the Children’s Home Society that will feature celebrity-painted bird houses by Chris Kirkpatrick, Mayor Teresa Jacobs, Scott Maxwell, Vanessa Welch, and more. See some of the pictures of the bird houses below: 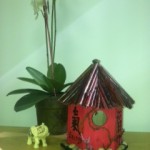 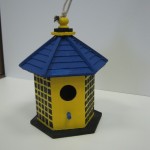 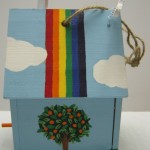 Other Orlando Home and Garden Shows

Also, check out the Epcot Flower and Garden Festival going on at Disney World during the same time as the Central Florida Home and Garden Show.