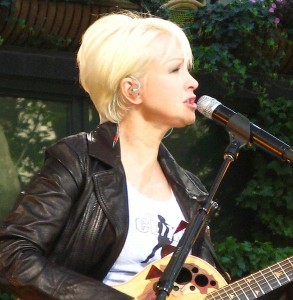 Cyndi Lauper will be performing in concert in Orlando on Saturday, April 7th, 2012 as part of the Mardi Gras concert series at Universal Studios. Cyndi Lauper is scheduled to take the stage at 8:30 pm.

Cyndi Lauper has some of the biggest hits from the 1980’s with such hits as “Girls Just Wanna Have Fun”, “She Bop”, “All Through the Night”, “True Color”, and “Time After Time”.

Cyndi Lauper at the House of Blues Orlando in 2011