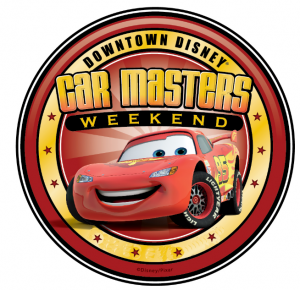 Downtown Disney will be having their second annual Car Masters Weekend on Saturday June 14th and Sunday, June 15th, 2014 with the stars of the “Cars” films including Lightning McQueen, Mater, and Finn McMissile taking center stage with over 150 classic, muscle, and exotic cars on display.  The event takes place each day from 9 am until 6 pm.

Car Masters Weekend is Disney’s only car show of the year that is tied in with Pixar’s Cars and Cars 2 movies. Disney has had showings of the original Cars movie and the sequel at the AMC movie theater throughout the weekend in years past and there will be special “Cars” model cars to play with at the Ridemakerz store.

Guest appearances at Car Masters Weekend in 2013 included automotive legend Chip Foose and  Disney•Pixar’s Cars filmmaker Jay Ward. Check back here as the event gets closer for more information about this years event.

Click here to visit the official Disney World website for the event for the most up-to-date information.

Click Here to visit the Orlando Local Guide forum for the Downtown Disney car show to post your questions and reviews of the event and click here for a listing of other car events going on around Orlando during the year.