2019 Downtown Orlando 4th of July Fireworks at the Fountain 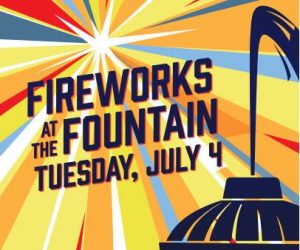 A 2009 lightning strike left the iconic Lake Eola Fountain debilitated, but it was returned to its former glory and better during the 2011 Fireworks at the Fountain celebration as the City of Orlando debuted the renovated fountain for the first time with a light show choreographed to music.

The $1.6 million restoration included the addition of brighter LED lights and more powerful water jets.  If the city follows the same schedule as last year, the new fountain will have a patriotic light show on July 4th, 2018 just prior to the city’s firework show that begins at 9:10 pm.  Both the fountain demonstration and the firework celebration will be choreographed to music played throughout the park.

Fireworks at the Fountain

Fireworks at the Fountain in Downtown Orlando is Orlando’s best firework show on Independence Day outside of the theme parks and draws a big crowd so arrive early to secure a good viewing spot.  The city suggests utilizing LYMMO bus services to get from downtown parking garages to the park. Prior to the show, patriotic festivities will begin at 4 pm with food and a kid’s entertainment area. In years past, live music has started at 5pm at the Walt Disney Amphitheater stage.

Click here to visit the Fireworks at the Fountain Facebook page for the latest information on this years event. 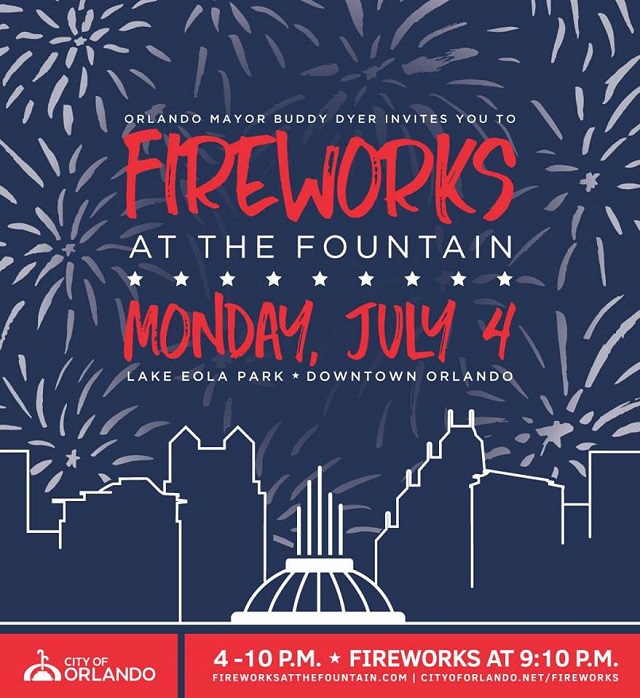