Evanescence Orlando Concert at the House of Blues in January 2012 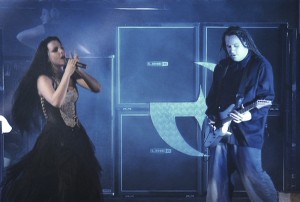 On tour promoting their self-titled third album with a series of concerts, Evanescence is set to make a stop in Orlando, Florida at the House of Blues at Downtown Disney on Wednesday, January 18, 2012.

The doors are set to open at 7 pm with the show kicking off at 8 pm. General admission tickets for the event start at $37.50 if purchased ahead of the concert and increase to $39.50 at the door. The multi-platinum band will be playing some of their top hits as well as music from their current album “Evanescence,” the first since 2006.

Evanescence at the Hard Rock Live in 2003