George Strait Orlando Concert at the Amway Center in February 2012 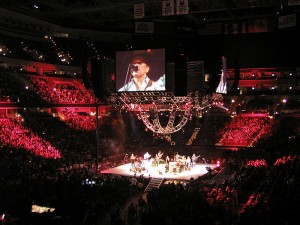 George Strait and Martina McBride will be coming to the Amway Center in Orlando, Florida on Saturday, February 11th, 2012 at 7:30 PM.

George Strait first rocketed to stardom with his first hit Unwound in 1981. Since then, George Strait has continued his success amassing a total of 58 #1 hits, more than any other artist. Selling 68.5 million albums in the US, George Strait remains as relevant today as ever. Here For a Good Time, his 39th album release, has debuted at #1 on the Billboard Country Album Charts, his third #1 in a row.

George Strait in Orlando in 2010