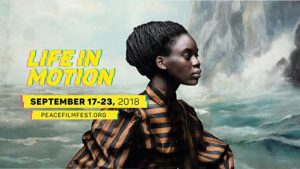 The 2018 Global Peace Film Festival will take place around several venues in Orlando, Winter Park, and Maitland on September 17th through September 23rd, 2018 to utilize film and media to help promote world peace.

The Global Peace Film Festival describes itself as a celebratory event with a mission to use creative media as a catalyst to inspire and educate people to initiate positive change in their local communities and worldwide. The festival has several showings of movies, panels, discussions, and other events to help motivate participants to get involved and help make changes in their community to help encourage peace. Some of the venues include Rollins College, Valencia College Winter Park, the Enzian Theater,and the Winter Park Public Library among others.

One example of an event for the 2018 program is Derek Hallquist’s documentary called “Denial” that will take place during the festival on September 20th and 21st during the festival that focuses on our outdated and vulnerable electric grid. The documentary first begins to argue that first we have to build a smart grid to decrease outages and increase efficiency but then turns to the families personal struggle that you can read more about here.