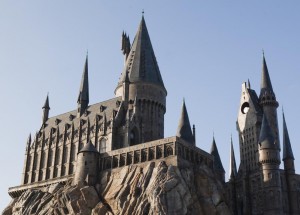 Harry Potter is the biggest attraction  that has happened to Orlando since the Magic Kingdom opened at Disney World in 1971. During the weekend of November 11th through November 13th, 2011, Universal will be celebrating the Wizarding World of Harry Potter even more than they normally do with with the cast members and filmmakers at the Islands of Adventure theme park marking the 10 year anniversary of the release of Harry Potter and the Sorcerer’s Stone.

The special events are part of two specialty-priced packages that include autograph sessions with the cast members and a nighttime gala on Sunday, November 13, 2011. The autograph session and gala is already sold out for United States residents but the Celebration Package is still available that includes a single in-park Question and Answer session with cast members of the Harry Potter Films.

The Universal FAQ states that J.K. Rowling will not be in attendance at the event.

This entry was posted in Attractions and tagged islands of adventure, universal. Bookmark the permalink.