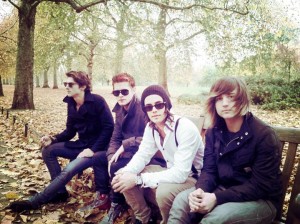 Hot Chelle Rae is a pop rock band that is best known for their hit song “Tonight, Tonight” that went double platinum in 2011. Other songs include “I Like It Like That”, “I Like to Dance”, and “Bleed”.

Hot Chelle Rae at the House of Blues Orlando in 2010