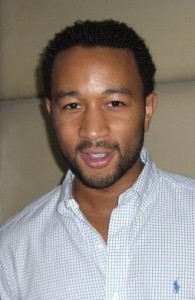 John Legend will be opening up for Sade on Sunday, July 17, 2011 at the Amway Center.

John Legend is one of the most gifted musicians in the music business today with his piano playing making him the modern-day Stevie Wonder and Ray Charles of our time.

After getting his career started by playing on Lauryn Hill’s Grammy-Winning Everything is Everything, John Legend collaborated with artist such as Kanye West, Jay-Z, and Alicia Keys before launching his debut album Get Lifted in 2004. Get Lifted contained the hits Ordinary People and Used to Love U. John Legend is the recipient of 9 Grammy Awards.

John Legend at the Hard Rock Live Orlando in 2007

This entry was posted in Calendar and tagged amway center, concerts, top 40. Bookmark the permalink.