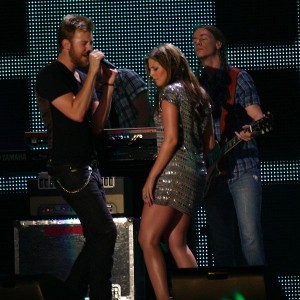 One of the hottest country bands in the United States today is the Grammy-Award winning Lady Antebellum that are scheduled to perform in concert at the 1-800-ASK-GARY Amphitheater on Friday, May 11th, 2012 in Tampa.


Lady Antebellum is a country band that is best known for their breakout hit Need You Now that helped the band make headlines by winning the Song of the Year and Record of the Year Categories at the 53rd Grammy Awards in 2011.  Lady Antebellum started their first-ever headlining tour in September 2010 in Orlando at the Hard Rock Live (see video below).

Darius Rucker and Thompson Square will open for Lady Antebellum. The Amphitheater is about a 45-60 minute drive from Disney property in Orlando. No current dates are currently scheduled for the Orlando area.

Click Here to see all of Lady Antebellum’s concert dates from pollstar.

Lady Antebellum at the Hard Rock Live in 2010