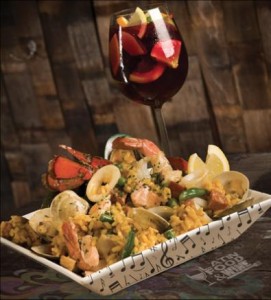 The Orlando Latin Food and Wine festival showcases some of the best in the different types of latin dishes around Orlando including food and wine pairings from Cuba, Mexico, and Puerto Rico. Participating restaurants from the 2012 event included Bongos Cuban Grill, Cantina Laredo, Don Pablos’s, Brio Tuscan Grille, and Azteca Mexican Restaurant as well as smaller, independent restaurants and catering businesses.

The festival is free to attend and will have over 40 food and wine vendors. The night before the Crane’s Roost “Grand Tasting” event, there will be a more intimate “Savor the Night” event at The Fountain at Cranes Roost Park on Friday night, October 18th, 2013 from 6:30pm until 10pm.

Click Here to visit the official site of the Latin Food and Wine Festival for more information.