Martina McBride Orlando Concert at the Amway Center in February 2012 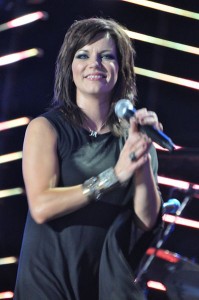 On February 11, 2012, the Amway Center in Orlando, Florida will host Martina McBride in concert along with George Strait. The show starts at 7:30 pm and is sure to be a great country event.

Martina McBride debuted in 1992 with her first album, “The Time Has Come.” Since that time she has been a steady force on the country charts with hits like “Independence Day,” “Safe In The Arms Of Love” and “Happy Girl.” She has released eleven albums, including a Christmas and Greatest Hits collection. She has headlined four tours and supported acts like Garth Brooks, Tim McGraw, and Brooks and Dunn.

This entry was posted in Calendar and tagged amway center, concerts, country. Bookmark the permalink.