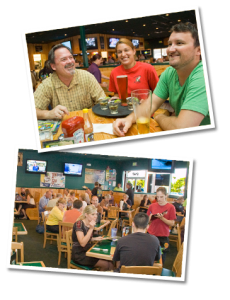 Click Here to find out where you can cheer on your favorite NFL team in Orlando with other fans from the sentinel.

Please add any others that you know about in the comments section below.

This entry was posted in Restaurants and tagged bars, sports. Bookmark the permalink.