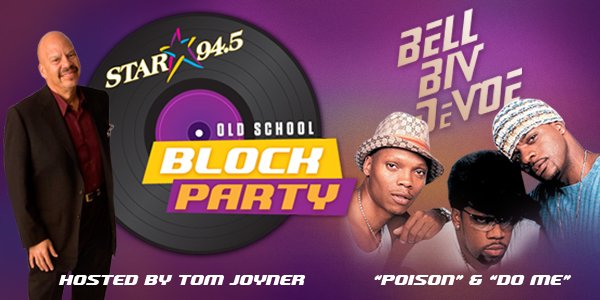 1990’s Hip Hop Legends Bell Biv Devoe will take the stage for a free concert in Downtown Orlando on Saturday, June 11, 2011 with festivities kicking off around 4 PM in front of Orlando City Hall.

Bell Biv Devoe are three of the original members of New Edition that also included Bobby Brown, Ralph Tresvant, and Johnny Gill. The 1990’s Poison Album had such hits that played out on MTV like Poison, Do Me!, When Will I See You Smile Again?, She’s Dope!, and B.B.D. (I Thought It Was Me)?

Tom Joyner will emcee the block party event for Star 94.5 FM. The following night, downtown Orlando will feature another free concert, switching to 1980’s rock with the Downtown Concert Series by a performance of Rick Springfield.

This entry was posted in Calendar and tagged annual events, concerts, top 40. Bookmark the permalink.