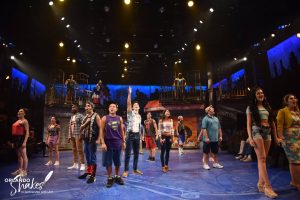 Celebrating their 30th year, the Orlando Shakespeare Theater officially kicks off their 2018 and 2019 season with their annual Season Opening Gala on Sunday, September 16th, 2018 at 5 pm at the John and Rita Lowndes Shakespeare Center in Loch Haven Park.

In addition to performing such works as the Tony Award Winning “In the Heights” to kick off the season this year, the Orlando Shakespeare Theater will perform The Mystery of Irma Vep – A Penny Dreadful, A Christmas Carol, A Doll’s House, Part 2, Hamlet, Gertrude and Claudius, and Richard II. The children’s series features The Little Mermaid, The Jungle Book, and Jack and the Beanstalk.

The Shakespeare Theater is a theatre group that has a partnership with UCF that host an annual series of performances including those of William Shakespeare.

Performances for the 2018 and 2019 season include the Signature Series of:

The Shakespeare Theater also has shows for children including:

Click here to view days and times for all performances