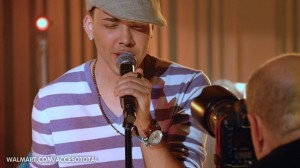 Prince Royce will be in concert in Orlando on Friday, March 30th, 2012 as part of the Mardi Gras concert series at Universal Studios. Prince Royce is scheduled to take the stage at 8:30 pm.

Prince Royce in Downtown Orlando in 2010