The Script Concert in Orlando at the Hard Rock Live on November 1st, 2012 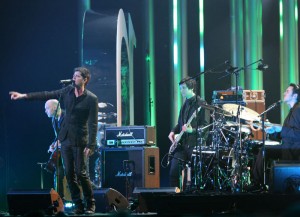 The Script is scheduled to appear in concert at the Hard Rock Live at Universal Studios on Thursday, November 1st, 2012 at 8 PM.


The Script is an Irish alternative rock band that is best known for their hits Break Even and For the First Time. Other hit songs from the Script include We Cry, The Man Who Can’t Be Moved, and I’m Yours.

The Script at the House of Blues Orlando in January 2011

This entry was posted in Calendar and tagged concerts, hard rock live, rock. Bookmark the permalink.