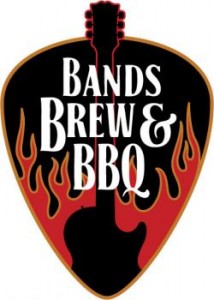 With a majority of Orlando’s food and wine events happening in the fall, SeaWorld goes in the opposite direction and holds it’s Bands, Brew, and BBQ each spring in the months of February and March that puts the focus on good music and great food in a laid-back atmosphere.

SeaWorld enlists local barbecue vendors from around Orlando for the event in addition to their own restaurants. The local barbecue restaurants for the 2014 event included Tony Roma’s (who have the best Baby Back Ribs in Orlando),  Cecil’s Texas Style Bar B Q (another one of our favorite local BBQ restaurants, and Sonny’s Real Pit Bar-B-Q (who have their headquarters located in Orlando). The music and food event is included with general park admission with the BBQ available for purchase.

The 2016 musical artists are to be determined. Check back again soon to find out who will be participating in this years event.

We attended the Bands, Brew, and BBQ event in 2013 and had a great time watching a couple of live concerts and eating some great barbecue. The event is part of the general admission to SeaWorld so all of the rides and attractions are going on at the same time of the event.

We attended the opening weekend in February 2013 and found that we could mostly walk-on all of the rides during the lunch hour as this is the off-season for Orlando’s theme parks. Although we did have the option on walking onto SeaWorld’s Kraken roller coaster, we decided to wait the 5 minutes to ride in the front which is unlike any other coaster ride in Orlando. The steel coaster is floor-less and has several loops so when you sit up front it is just you and the coaster track.

Before heading over to the official event, we went and rode some of the ride’s at Shamu’s Happy Harbor with our kids and were able to walk right on as well including the kiddie train (not listed on the SeaWorld website) that can get backed up during the peak season.

Although the rides were walk-ons on the day that we attended, the Sesame Street show still filled up before we could get in.

Although the Bands, Brew, and BBQ event is going on throughout the entire day, the main concert was scheduled for 4 PM so we waited until later on in the day to participate in the event. Some of the die-hard fans of the musical acts performing that day got their seats as early as the 12 pm to 1 pm hour but good seats could still be had a half a half hour prior to the show. For our show we watched country artists Jerrod Niemann and Chris Young. Both artists put on full sets and the fans were really into it (see the sights and sounds video below).

If you are visiting SeaWorld during the event and the timing of the concerts do not work out with your eating schedule, SeaWorld does a great job doing a simulcast throughout the barbecue eating area so that visitors to the park can still watch and listen to the concert without actually sitting in the stadium.

If you are coming to the park primarily to watch the concert, we recommend looking into the VIP package that includes a craft brew sampler and front row seats to the concert. This is on a first-come and first-serve basis.

SeaWorld invites several barbecue restaurants to setup their booths each year in addition to the park setting up their own booth. The restaurants compete in that they are all selling barbecue but whereas the SeaWorld tent was selling chicken breast and spare ribs, Tony Roma’s was featuring their baby back ribs. There are also different craft beer tents setup to enjoy with your barbecue and plenty of seating.

In addition to the main concert and barbecue, another side stage is setup in the barbecue area where there is line dancing and live bands that play throughout the day. You can also get a picture with the Shamu character dressed up in his country wear and check out some of the animal displays along the waterfront. SeaWorld has done a really great job of making this section of the park, that used to be used for water-ski shows, a great multi-purpose section of the park that is used for different purposes throughout the different seasons of the year.

If you like Bands, Brew, and BBQ, also check out the concerts and food lineup at the Florida Strawberry Festival in Plant City in the month of March.