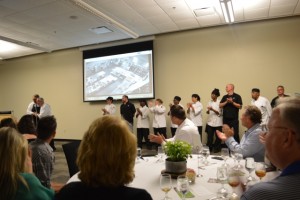 Second Harvest Food Bank of Central Florida will be hosting their first Chef’s Night‘s of 2016 with two nights in January.

Chef Paula Kendrick of the Florida Department of Agriculture and Consumer Services will host Chef’s Night on Friday, January 8th, 2016 and then Chef Sam Faggetti and Rabii Saber of the Four Seasons Resort Orlando and Walt Disney World Resort will host their Chef’s Night on Thursday, January 14, 2016 with both events taking place from 6pm-9pm (see flyers below).

Chef’s Night is a charity event that benefits the Second Harvest Food Bank of Central Florida that provides meals to thousands of Central Florida residents throughout the year and also has a jobs training program to assist individuals with starting a career in the culinary industry.

Orlando Local Guide was invited to the event in March 2015 in which John Rivers of 4 Rivers delivered several courses while a camera located in the kitchen allowed patrons to watch the chef and students at work preparing the nights meal. Entertainment also was provided to the guest and a book signing (see video below).

“When guests dine with us as part of the Chef’s Night series, they support our Culinary Training Program, which provides qualified, at-risk and economically disadvantaged adults with the skills needed to pursue a sustainable career in the food industry,” said Dave Krepcho, president and CEO of Second Harvest Food Bank of Central Florida. “We’re proud to partner with chefs like John Rivers to provide a delicious meal to our community while raising money for a great cause.”

Chef Paula Kendrick of the Florida Department of Agriculture and Consumer Services on January 8th, 2016 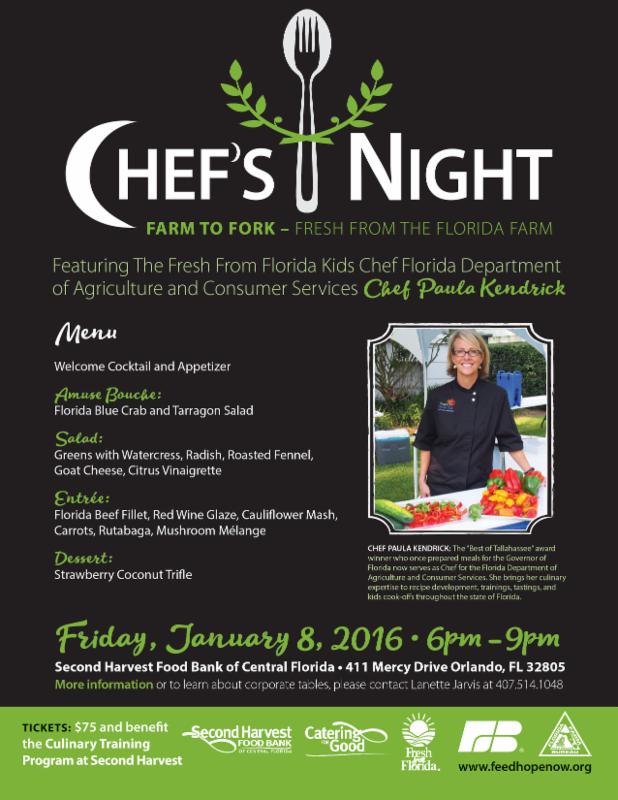 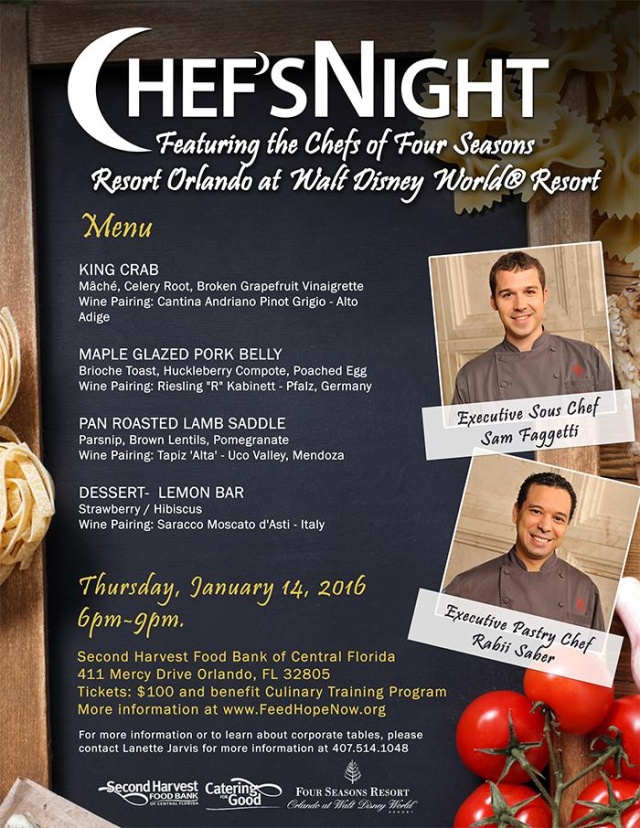 This entry was posted in Events and tagged charity event, food events, january. Bookmark the permalink.