SerbFest brings the Culture, Food, and Dancing of the Country of Serbia to the City of Orlando in October 2013 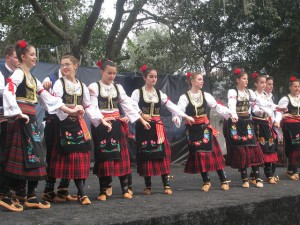 Geographically connecting Europe to the Mediterranean and the Middle East, the Country of Serbia is a modern, democratic European country that will soon be a member of the European Union.

Between Friday, October 11th through Sunday, October 13th, 2013, Orlando’s Serbian Community will be celebrating their Eastern Orthodox Christian heritage with SerbFest 2013 in Longwood.

Serbfest is a annual festival and celebration at St. Petka Orthodox Church in Longwood that features Serbian food and dancing throughout the weekend. Some of the items available to eat will include:

In addition to the items above, there will also be traditional Serbian cookies and treats throughout the weekend and a roasted bull cooked over a fire pit on Saturday only that takes over 12 hours of roasting before it is ready to eat.

Throughout the festival, traditional folklore dancers will perform and dance to Kolos and Tambura music (see video below).

If you enjoy attending SerbFest, another great similar festival to attend is the Orlando Greek Fest in the month of November in Orlando that celebrates Greek’s heritage and culture in Maitland, Florida.