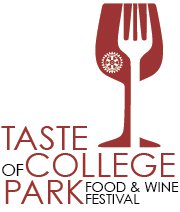 The Taste of College Park Food and Wine Festival will be held on Thursday, April 21st, 2016 from 6PM – 9PM and will feature some of the best restaurants in the city of Orlando including James Beard Award nominee Kevin Fonzo’s K Restaurant and one of Orlando’s best power lunches and dinners of Citrus Restaurant. It all takes place at the historic Dubsdread Ballroom in College Park.

College Park is one of Orlando’s oldest and best neighborhoods that is located a few miles North of Downtown Orlando. College Park’s main street is Edgewater Drive which contains many great restaurants from romantic Italian, American restaurants, and great breakfast dives. The Taste of College Park is a celebration of this historic district that benefits some great causes like the Ronald McDonald House.

The Taste of College Park is also a charity event that is held by the Rotary Club of College Park in which all profits from this event will benefit the Ronald McDonald House, local schools, and other charities. The price to attend is $60 in advance. In addition to the culinary side of the event, there will also be a live and silent auction. Previous auctions  included such items as a 6 night stay and cooking class in Tuscany, Italy and 3 nights stay in San Francisco that included a side trip to Napa Valley.

Click Here to visit the official site for the event.