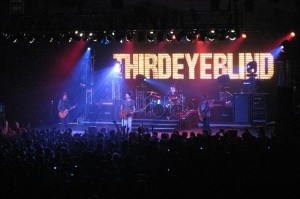 
Third Eye Blind are best known for their late 1990’s rock hits Semi-Charmed Life, How’s It Going to Be, Graduate, Jumper, and Never Let You Go.

Third Eye Blind at the House of Blues Orlando in 2009