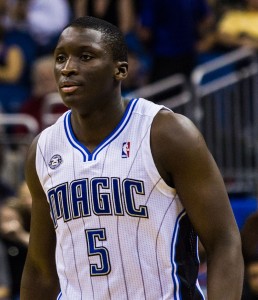 The biggest home game for the Orlando Magic for the 2014/2015 season has to be the day after Christmas when Lebron James and the Cleveland Cavaliers visit the Amway Center in Orlando.

Other notable games are when the Los Angeles Lakers and Kobe Bryant visit on Friday February 6th, 2015 at 7 pm and the Dallas Mavericks play in Orlando on Saturday, January 31st, 2015 at 7 pm.