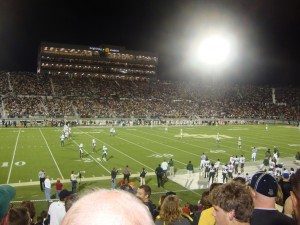 After an undefeated season, bringing home the Peach Bowl title, and a National Championship, the UCF Knights Football team kicks-off its 2018 season at home on September 8th, 2018 against the South Carolina Bulldogs after opening their season with an away game at UConn on August 30th. Highlights in the schedule include home games versus Pitt, Navy, Cincinnati, and FAU.

UCF’s only game in October will be against SMU on October 6th, 2018.

Go Knights and Charge On!