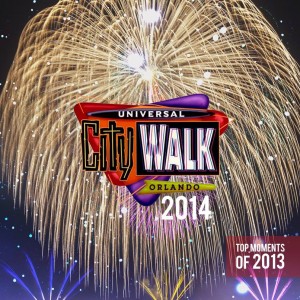 Universal Studios has several events to send out 2014 and bring in 2015 with DJ M-Squared spinning throughout the night for the second consecutive year.

Each year, Universal Studios throws a giant party in it’s entertainment district called Citywalk that is made up of many bars and clubs. Normally open to the public for a separate admission price for each of the individual bars and clubs on every other night, the price of admission for the 2014/2015 New Years Eve event is $129.99 that includes an unlimited amount of filet mignon, jumbo shrimp, custom desserts, and more to dine from and admission to enter all of the Citywalk nightclubs to listen and dance to dj’s and live music. At midnight, celebrate with a champagne toast and pyrotechnics display.

Click Here to read about more great things to do around Orlando on New Years Eve and New Years Day.