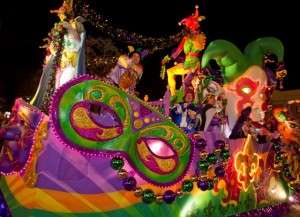 Diana Ross, Fall Out Boy, 3 Doors Down, and Shawn Mendes highlight an impressive concert lineup for the 2016 Universal Studios Orlando Mardi Gras event that will be held on every Saturday Night and three Sunday nights beginning on Saturday, February 6th, 2016 and continuing through Saturday, April 16th, 2016.

Concerts have started at 8:30 pm in years past.

Hotels on Universal Orlando property to make a weekend out of the Mardi Gras event include the Loews Portofino Bay Hotel, the Loews Royal Pacific Resort, and the Hard Rock Hotel. All of the hotels above have ferry access to Universal Studios Florida.