Where is the best place to watch the Super Bowl in Orlando including around Disney World in 2016? 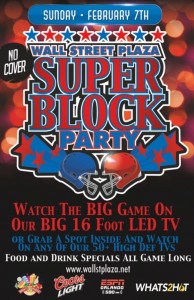 Wall Street Plaza in Downtown Orlando will be having their annual Super Bowl Block Party for the Super Bowl on Sunday, February 7th, 2016 and is the best place in Orlando to watch the Super Bowl. Admission is free and they will have a 16 foot LED Screen to watch the game. For the 2016 event, there will be drink specials of Coors Light.

Best Venues to Watch the Super Bowl in Downtown Orlando

In addition to the block party, there is Wildside Bar & Grille in Thornton Park, World of Beer on Lake Eola that will be popular spots around downtown Orlando for Super Bowl Sunday (see map below).

If you are on Disney Property, you can try the ESPN bars at the Boardwalk or ESPN Wide World of Sports but with the crowds expected to be filled to capacity, you might be better off going to a Buffalo Wild Wings or Miller’s Ale House that have locations just outside Disney property and on International Drive (see map below). At Universal Orlando, the brand-new NBC Sports Grill & Brew is now open that is a mega-sports bar in the area.

Outside of the larger Sports Bars listed above, click here for a list of several sports bars around the city to view the Super Bowl.

Your last option is to book the Disney Cruise that leaves Port Canaveral prior to the big game and watch the Super Bowl on the massive outdoor big screen of the pool deck. For 2016, the Disney Magic, Disney Dream, and Disney Fantasy will all be sailing on Super Bowl Sunday. 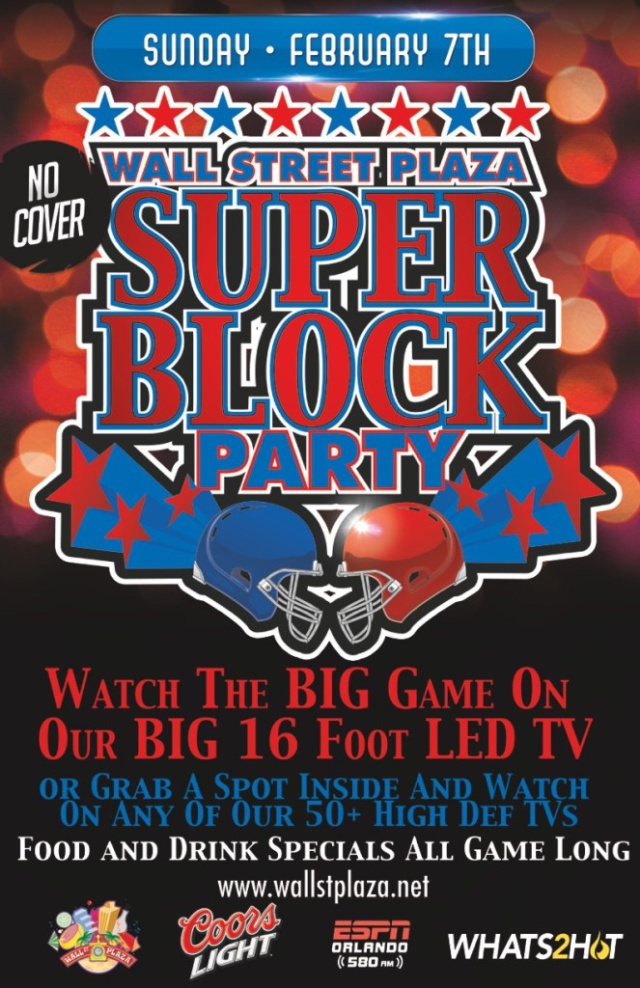 Please use the Google Map below to find one of the sports bars listed above. The Wall Street Block Party is the red icon, Buffalo Wild Wings is Yellow, Miller’s Ale House is Blue, and the other two downtown sports bars are green. (Zoom In to View):

View Super Bowl Parties in Orlando in a larger map