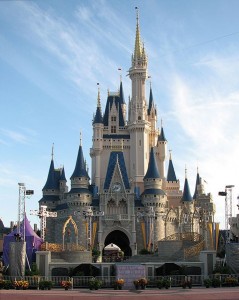 Orlando is a Top 10 destination for the 4th of July in the United States and a majority of the visitors vacationing in the area will be at Disney World to celebrate the 4th of July.

The Magic Kingdom will be holding its special fireworks show to celebrate the 4th of July with the Magic Kingdom showcasing their patriotic show both on July 3rd and July 4th in 2018. Epcot adds the Heartbeat of Freedom finale to it’s standard Illuminations firework show that marks it as the best firework show to see in Orlando on the Fourth of July.

4th of July at Disney World


Epcot’s 4th of July show starts off with the Illuminations Reflections of Earth firework show that can best be viewed from the entrance of World Showcase just left of the gift shops on the way to the Mexico Pavilion. Immediately following Illuminations, Epcot blasts 4 minutes of almost uninterrupted pyrotechnics over historic audibles of “Ask not what not your country can do for you – ask what you can do for your country”. The grand finale is led by Glory, Glory, Hallelujah (Lay My Burden Down) that starts out at the American Pavilion and then flows into the entire center of World Showcase Lagoon. Note that 2019 will be the final year to catch the Illuminations firework show during the 4th of July as it will be replaced by July 4th, 2020. The fireworks begin at 9pm.

The Magic Kingdom celebrates America with traditional American songs playing with fireworks blasting behind Cinderella Castle with such selections as She’ll be Coming ’round the Mountain and This Land is Your Land. The finale is reserved for the United States Star-Spangled Banner National Anthem with firework bombs bursting behind the Castle while they are being sung to bursting in air. Part of the firework show also features a set full of screamers. The Magic Kingdom show can be seen on both July 3rd and July 4th, 2019 at 9:15 pm.

Magic Kingdom- Disney’s Celebrate America! A Fourth of July Concert in the Sky

The Fourth of July had been one of the few times during the year that Hollywood Studios had fireworks at the park. In 2011, Hollywood Studios introduced a new rock and roll Independence Day firework show with fireworks choreographed to live music by their Mulch, Sweat, and Shears house band called “Rockin’ 4th of July Celebration” that covered songs from Nirvana, Pearl Jam, Bruce Springsteen, Lynyrd Skynyrd, and more. Some of the cover songs from years past had included Blue Suede Shoes, Great Balls of Fire, Give Me All Your Loving, I’m a Believer, Don’t Stop Believing, Thanks for the Memories, Smooth, Lithium, Even Flow, Look for America, Good Love, Born to Run, Ramblin’ Man, and Free Bird.