An Evening with Harris Rosen hosted by Scott Joseph at the Everglades Restaurant on International Drive on June 28th, 2012 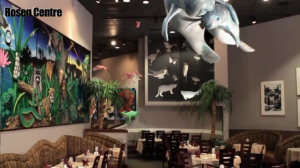 Adjacent to Orlando’s major convention center on International Drive sits the massive Rosen Centre hotel. On Thursday, June 28, 2012, at 6:30 PM, renowned Orlando restaurant critic Scott Joseph will be holding a supper club at the Everglades Restaurant within the Rosen Centre entitled “An Evening with Harris Rosen hosted by Scott Joseph”. 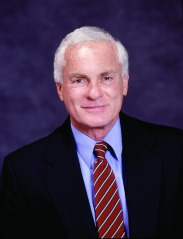 Harris Rosen is Orlando’s most famous hotelier whose hotel properties have grown and expanded in the Orlando area with the theme parks and attractions around them. Rosen founded Rosen Hotels & Resorts in 1974 and has built or acquired 7 hotels along International Drive including his signature hotel brands of the Rosen Centre and the nearby Shingle Creek hotel. Rosen is also considered by many to be one of Orlando’s greatest philanthropist with his contributions to the UCF Rosen College of Hospitality Management and the nearby Tangelo Park neighborhood, among others.

An Evening with Harris Rosen

The local gourmet culinary event “Dinner with Harris Rosen hosted by Scott Joseph” features special guest, Bryan Del Bondio, president of Markham Vineyards in St. Helena, California, whose wines will be featured along with the five-course meal. Rosen, whom Joseph has called a “charming and gracious host as well as a great storyteller,” will visit with guests and share stories about Everglades Restaurant and its tie-in to Everglades National Park, among other engaging tales about his life and business. The five-course dinner follows suit with the Healthy Summer menu concept which Rosen spearheaded as a way to provide healthy menu options in a fine dining setting.

2012-06-25
Previous Post: Orlando Local Guide launches new website dedicated to celebrating the Fourth of July in Orlando
Next Post: What to do in Orlando on the 4th of July when it is raining and you want to see fireworks?