Independence Day Fireworks and Events in Orlando on July 3rd, 2019 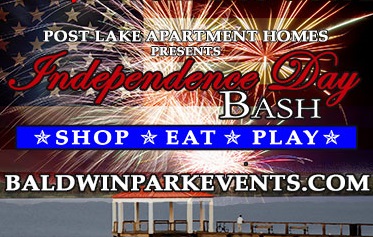 Orlando’s biggest and best fireworks show actually takes place on July 3rd each year in Altamonte Springs for their Red, Hot, and Boom Fireworks show over Lake Crane’s Roost at Uptown Altamonte. Pop bands take the stage leading up to the fireworks at the Amphitheater as a crowd of over 100,000 will watch the fireworks explode in the sky choreographed to music. The fireworks show lasts 25 minutes and starts at 9:30pm.

Click Here for more information about Red, Hot, and Boom.

The Magic Kingdom at Disney World launches their fireworks show created specifically for the 4th of July on both the official day of America’s Independence as well as the day before on July 3rd, 2019.  Fireworks explode behind Cinderella Castle as classic American songs are played throughout the park. Watching the fireworks at the Magic Kingdom on July 3rd also allows you to catch Disney’s other 4th of July Fireworks finale at Epcot that only occurs on July 4th. Disney’s Hollywood Studios swapped out their 4th of July fireworks show starting in 2016 with their new Star Wars fireworks show that can be seen nightly at the park.

Click Here for more information about celebrating the 4th of July at Disney World.

Mount Dora celebrates America’s Independence with fireworks on July 3rd, reserving July 4th for their annual parade. Mount Dora’s Freedom on the Waterfront is an annual event that begins at 4pm with music and kids activities that is capped off with fireworks above the waterfront at Elizabeth Evans Park at 9:15 pm (see flyer below from the 2016 event): 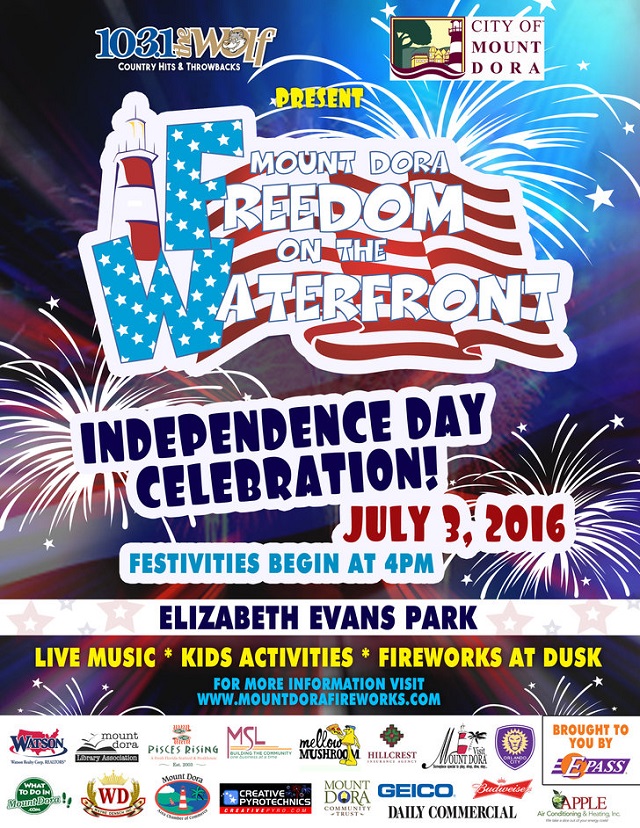 Baldwin Park Fireworks on the 3rd of July

The neo-traditional community of Baldwin Park, in Orlando, will be holding their annual fireworks show the day before the 4th of July on Wednesday, July 3rd, 2019 that you can find out about here. Boutique shops and restaurants are all within walking distance of the lake where the fireworks will be setup for a nice family night out to celebrate America’s Independence Day.

Click Here for more information about the Baldwin Park fireworks from our sister site 4thofJulyOrlando.com.

2019-05-08
Previous Post: ICE! at the Gaylord Palms 2018 featuring ‘Twas the Night Before Christmas
Next Post: 2019 4th of July at Walt Disney World Featuring Epcot and the Magic Kingdom