2018 Marvel Universe LIVE! at the Amway Center on January 12th-15th

By: Scott Baker
In: Events

In 2012, the first Avengers movie became one of the all-time blockbuster movies of all time reaching the third spot on the all-time USA box office charts. Included in this same chart of the top 50 grossing movies of all time in the USA include all three Iron Man movies released between 2008 and 2013 and the three Spider Man movies staring Tobey Maguire that were released between 2002 and 2007. Marvel’s super heroes have reigned supreme over the last decade and now a live action show featuring all of the biggest super heroes will be at the Amway Center on January 12th-15th, 2018 for Marvel Universe Live! Age of Heroes 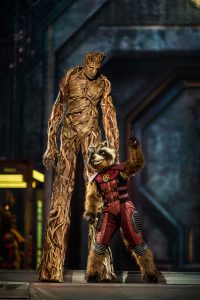 When Marvel Universe Live! comes to the Amway Center in January Marvel fans will be able to see their favorite Marvel Super Heroes in action including Spider-Man, The Avengers (Iron Man, Captain America, Black Widow, Hulk, Thor, Doctor Strange), and the Guardians of the Galaxy.

Produced by Feld Entertainment, Marvel Universe LIVE! Age of Heroes is performing at the Amway Center in Orlando January 12th-15th for seven performances.

Marvel fans, assemble for this live, legendary battle to defend the universe from evil. The Avengers, the Guardians of the Galaxy and Spider-Man join forces with Doctor Strange, master of the mystic arts, in a race against time to recover the Wand of Watoomb before it falls into Loki’s hands in this all-new, spectacular arena stunt show.

Witness cutting-edge special effects, aerial maneuvers, pyrotechnics, martial arts, motorcycle stunts and vast 3D video projection mapping in this completely new thrilling adventure. Fans of all ages will be immersed in the Marvel Universe and experience it all with their family!