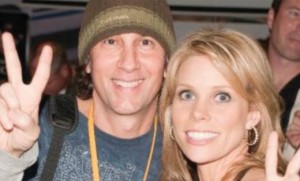 The Orlando Film Festival will take place on Wednesday, October 16th, 2013 through Sunday, October 20th, 2013. Over 300 filmmakers attended the 2010 event and many of the films participating are followed by a question and answer period with the filmmakers.

Haley Joel Osment and Academy Award Winner Olympia Dukakis attended the 2010 event and Curb Your Enthusiam star and UCF alumni Cheryl Hines attended the 2009 event. $5 gets you into all of the movies on any given day or $15 to attend all days. The event happens in the heart of downtown Orlando at the Plaza Cinema Cafe.

Click Here to visit the official site and find out about all of the activities and reserve your tickets.

The 8th annual Orlando Film Festival is getting ready to once again take over Downtown Orlando. With over 220 films, including 50+ features, this is by far our biggest year ever.

Opening night kicks off with a 7 PM screening of the critically acclaimed & multiple award winning CHASING SHAKESPEARE. Directed by Norry Niven and starring Danny Glover, the film is an epic love story full of mysticism and wonder. Following the screening, join the filmmakers and the rest of the festival VIPs for an after party at The Citrus Club.

Thursday through Sunday, the Orlando Film Festival will be showing films from 11 AM till Midnight in 6 of the Plaza’s 12 theaters. With that many screenings, there is guaranteed to be something for everyone. Just a few highlights include BEFORE I SLEEP starring Tom Sizemore & Chevy Chase, GIVE ME THE BANJO hosted by Steve Martin, JFK: AN AMERICAN BETRAYAL narrated by Morgan Freeman and THE TROUBLE WITH THE TRUTH starring John Shea & Lea Thompson. Each day also features a special afternoon panel or event that will be detailed closer to the festival. End every night with a private after-party at a nearby hot spot.

Thursday is horror night with 2 theaters dedicated to a great mix of films to scare and delight. Friday night includes a special screening of the documentary HOMECOMING: SPACE SHUTTLE ATLANTIS followed by a panel featuring some experts in the field of space exploration. Saturday is the festival’s biggest day with all of the screenings scheduled around the 7 PM Awards Ceremony. This free event is held in the Plaza Courtyard and will be full of surprises. Sunday’s THOMAS DOLBY EXPERIENCE is sure to thrill any 80s fans with a full day event hosted by the singer best known for his song “She Blinded Me With Science.” This is a separately ticketed event and more info will be posted on the official website very soon.