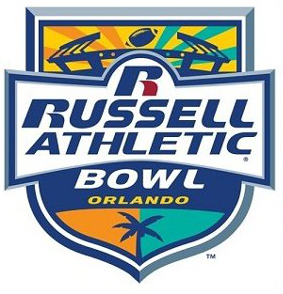 Baylor will face off against North Carolina in the Russell Athletic Bowl at the Citrus Bowl on December 29th, 2015 at 5:30 pm.

The Russell Athletic Bowl is the second of Orlando’s three bowl games that traditionally features a team from the ACC playing a team from the Big 12. For the 2015 game, Baylor will be representing the Big 12 with North Carolina being the representative team for their ACC opponent.

Originally getting it’s start in Miami in the 1990’s, the Russell Athletic Bowl has been played at the Citrus Bowl in Orlando since 2012. The game has seen teams such as Clemson, Georgia Tech, Wisconsin, Miami, Notre Dame, and Florida State play in the annual bowl game since it has moved to Orlando.

The Russell Athletic Bowl is part of Orlando’s Bowl Week that also includes the Buffalo Wild Wings Citrus Bowl to be played on January 1st, 2016 at 1 pm. The Russell Athletic Bowl participants has one of the better side events of the two bowl match-ups with it’s Parade of Bands event in the city of Winter Park on Tuesday, December 29th, 2015 at 11:00 AM. The parade is great pep rally on the same day of the game. There are many restaurants in the city of Winter Park where the rally is held all within walking distance. Fans should plan on attending the rally, eating lunch in Winter Park, and then head over to the Citrus Bowl for tailgating.