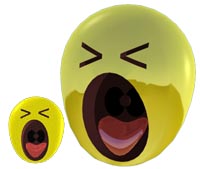 Started in the Internet’s early days of 1997 by Lance Hart, Screamscape has been a trusted source of news and rumors about Orlando theme parks and attractions, mostly getting them right months in advanced prior to them being announced by the major theme parks.

Anonymous trusted sources frequently contact Lance to help him with providing accurate information about the attractions in the works and plans for the Orlando theme parks.

Some rumors currently being posted on his site includes the possibility of a new aquarium being built on International Drive, expansion plans of the Wizarding World of Harry Potter to double the size to include Diagon Alley and a Leaky Cauldron restaurant and a Monsters Inc ride at Disney’s Hollywood Studios. Screamscape also reports that Sea World is planning a 4D ride about Turtles and a major dark ride that might rival Spiderman at Islands of Adventure.

Screamscape has had the scoop about new attractions long before the parks announce them. The Wizarding World of Harry Potter, Legoland Florida taking over Cypress Gardens, Cheetah Hunt, the Seven Dwarves coaster at the Magic Kingdom, Despicable Me at Universal Studios, the Spiderman Ride upgrade at Islands of Adventure, and others have all been listed on Screamscape long before they were announced to the public.

In addition to the Orlando parks, Screamscape also covers theme parks around the globe. From the Magic Kingdom to the United Kingdom, from Dubai to Shanghai, Screamscape covers it all.

This is why Orlando Local Guide awards Screamscape as being the best theme park news and rumors site covering the Orlando Theme Parks.