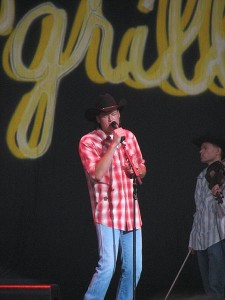 Blake Shelton is scheduled to perform in concert at the Orlando Calling Music Festival on Sunday, November 13, 2011 at the Citrus Bowl.

Blake Shelton has had several number #1 hits on the Billboard Country Charts including Austin, The Baby, Some Beach, Home, She Wouldn’t Be Gone, Hillbilly Bone, and All About Tonight.