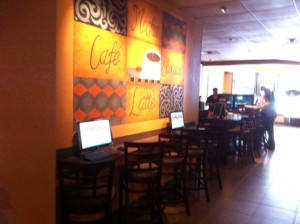 I have been going to this restaurant location for several years and although the name and decor has changed, the food has always been good. As The Breakfast Club, the restaurant most recently resembled the 1980’s movie of the same name with a 1980’s look of white walls with pink crown molding and movie posters hung on the walls. Anyone that visited the restaurant during that incarnation will be in for a big surprise of the new digs.

The new Zill Bee Cafe has gone the sophisticated route as an internet cafe with power hookups at every table to plug in your laptop or mobile device and free wi-fi (see picture on left). If you don’t have your computer with you, you can use one of the two computers provided to check your email and browse the internet while sipping your coffee and eating breakfast (see picture above). When you first enter Zilly Bee, there is a coffee bar similar in style to a Starbucks with a casual seating area with couches, newspapers, and magazines that doubles as a waiting-area when the restaurant goes on a wait.

I like going to Zilly Bee Cafe on Sunday mornings because you always get a different mix of the Downtown Orlando crowd just waking up after a night of partying mixed in with members of the Downtown Churches getting a bite to eat after attending the Sunday service. Zilly Bee is within close walking distance to the Methodist, Presbyterian, Baptist, and Greek Orthodox churches in downtown Orlando. 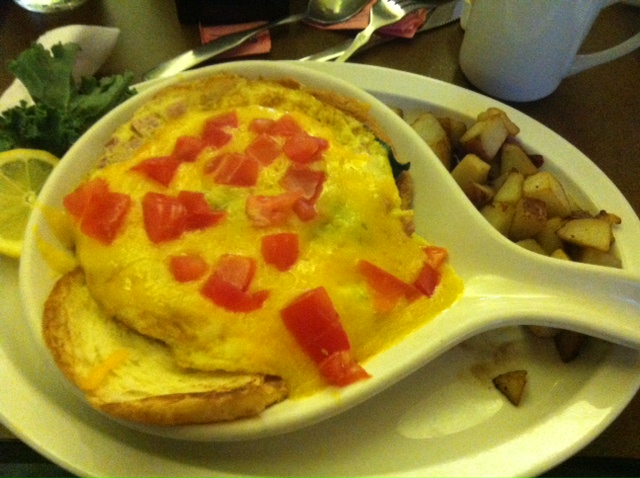