About a 45 minute drive from Orlando International Airport is Orlando’s closest beach in  Cocoa Beach. Each year, Cocoa Beach holds it’s annual NKF Pro Am Surf Festival, now in it’s 33rd year. The festival takes place August 31st, 2018 through September 3rd, 2018 and features some of the best surfers in the area. The event has included live music at the Cocoa Beach Pier in previous years. Sunday evening will include the Taste of Brevard and Silent Auction at the Hilton Cocoa Beach Oceanfront.

The Surfing competition is a charity event with all proceeds raised from the event going to the National Kidney Foundation of Florida to support programs in patient services, research, public and professional education, and organ donation.

Disney World has moved back it’s Food and Wine Festival to kick off Labor Day Weekend in recent years that features small plates from many different Countries in a festival atmosphere. Mickey’s Halloween Party is in full swing on select nights that features Halloween-themed fireworks, parades, trick-or-treating, and other spooky entertainment. 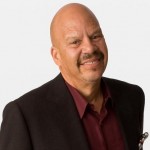 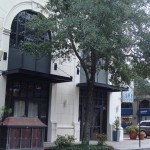 Beginning on August 24th, 2018 and continuing through the end of September is the Orlando’s Magical Dining Month that has some really good dinner specials at some of the best restaurants in the city.

Specific for 2018, the CFP invitational champion Alabama Crimson Tide will be playing the Louisville Cardinals, both teams our National Champion UCF Knights beat the last time they played them in 2000 and 2013 respectively, in the Camping World Kickoff on Saturday at 8pm.

Also, the city of Apopka will be having a special free fireworks celebration over Lake Apopka on Sunday, September 2nd, 2018 to make up for their cancelled 4th of July show this year. Click Here for more information about the Apopka fireworks for 2018.