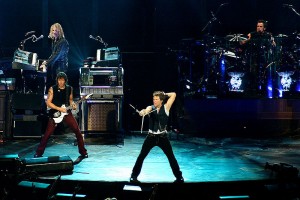 Bon Jovi is scheduled to come to the Amway Center in Orlando on Sunday, May 15, 2011 at 8 PM to perform in concert.

Bon Jovi is a band that made their major splash in the early 1980’s with songs like You Give Love a Bad Name and have proved to have had staying power with still releasing hit after hit, even crossing over to country music at times. Releasing 11 studio albums and 3 compilation albums, Bon Jovi has sold over 130 million records worldwide over their career.