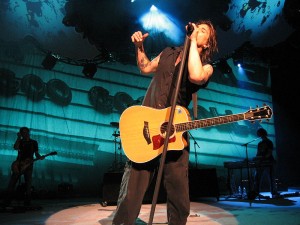 The band known as The Goo Goo Dolls was originally formed in Buffalo, New York, in 1986. They are most widely known for their 1998 single, “Iris,” from their triple platinum album, “Dizzy Up The Girl,” but have a total of 14 top-10 singles and have sold more than ten million albums worldwide.

The Goo Goo Dolls will be performing live at Universal Studios, at the Universal Music Plaza stage on Saturday, March 3rd, 2012, at 8:30 pm.