Jimmy Buffett Concert at the Amway Center in Downtown Orlando on February 4th, 2012 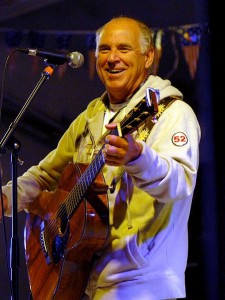 Jimmy Buffett and The Coral Reefer Band will be bringing his changes in attitudes to the Amway Center in Downtown Orlando on Saturday, February 4th, 2012 at 8 PM to perform all of his classic hits in concert.

Jimmy Buffett may have been born in Mississippi but it was his time on the water in Key West, Florida that helped to inspire him to write his most famous songs of Margaritaville and Changes in Latitudes, Changes in Attitudes in 1977, which was then followed by Son of a Son of a Sailor and the quirky but catchy Cheeseburger in Paradise in 1978.

Celebrate the day of the concert at Jimmy Buffett’s Margaritaville Restaurant at Universal Studios Citywalk where Jimmy Buffett cover songs are played throughout the day and night and Caribbean flavored dishes are served.

Jimmy Buffett Performs at the Amway Arena in Orlando in 2010

2011-11-29
Previous Post: Lake Eola Fountain Show Features Classical Jazz and Disco Music Nightly in Downtown Orlando
Next Post: Snooki from the Jersey Shore To Appear at Perfumania at the Florida Mall in December