OneRepublic Concert at House of Blues Orlando on March 21st, 2012 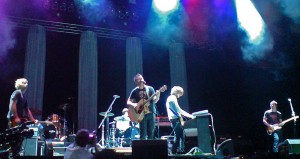 OneRepublic is scheduled to perform in concert at the House of Blues on Wednesday, March 21st, 2012 at 7:30pm.

OneRepublic is best known for their hit Apologize that was released in 2007. Other songs include Secrets, Stop and Stare, and All the Right Moves. Lead singer Ryan Tedder has also written songs for Beyonce (Halo), Leona Lewis (Bleeding Love), and Jordin Sparks(Battlefield) amongst other artists.

OneRepublic at the Hard Rock Live in Orlando in 2010