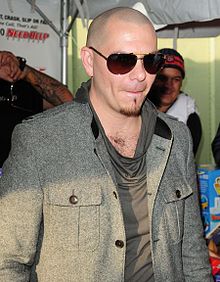 Pitbull will be in concert in Orlando on Saturday, April 13th, 2013 as part of the Mardi Gras concert series at Universal Studios.

South Florida rapper Pitbull is one of hottest names in the rap industry today with such hits as I Know You Want Me (Calle Ocho) and Krazy and most recently on collaborations with Usher on DJ Got Us Falling in Love, Enrique Iglesias on I Like It, T-Pain on Hey Baby (Drop It To The Floor), the lambada inspired On the Floor with Jennifer Lopez, and finally Dynamite with Taio Cruz.

Pitbull at Universal Studios in the Summer of 2010