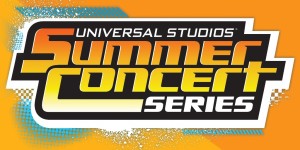 Universal Studios is bringing some of the best rock bands and other musical acts to Orlando this summer with Gavin Degraw, Ne-Yo, Big Time Rush, Adam Lambert and others playing at the Music Plaza Stage as part of their annual Summer Concert Series event. Also to perform is Earth, Wind, and Fire and Kip Moore.

Now in it’s fifth year, Universal Studios Orlando has done a great job bringing in some the best Top 40 artists to play in it’s outdoor amphitheater each summer on Saturday nights in which the admission to the park gets you into the full-fledged concert. If you are a Florida resident and enjoy a couple of the bands playing, it is worth getting an annual pass to attend the events and come back the rest of the year.

For the 2012 series, the concerts took place at 8 PM each Saturday with the Cinematic Spectacular Firework Show immediately following at 9:30pm.

2013-05-22
Previous Post: 2013 Winequest Charity Food and Wine Event at the Grande Lakes Resort on June 7th and 8th
Next Post: Kings Bowl Orlando is a Great Place for Married Couples to Spend Time with Their Single Friends on International Drive