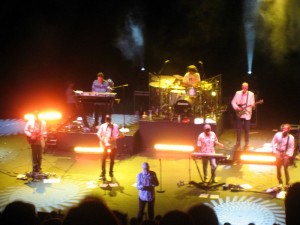 Generational Pop Icons The Beach Boys are scheduled to perform in concert at Universal Studios Mardi Gras on Saturday, April 16, 2011 at 9:30pm.

The Beach Boys have 36 Top 40 United States hits, the most by an American Band, mostly released in the 1960’s that include songs such as Good Vibrations, Surfin’ USA, Surfin’, I Get Around, Help Me Rhonda, and Kokomo. Rolling Stone has anointed the Beach Boys as the #12 greatest band of all time on their 2004 list of the “100 Greatest Artists of All Time”.