Carrie Underwood Concert in Orlando at the Amway Center on December 21st, 2012 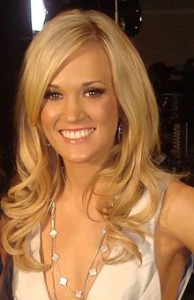 Country pop star and American Idol winner Carrie Underwood will be performing in concert at the Amway Center on Friday, December 21st, 2012. Tickets go on sale on Thursday, May 24th, 2012.

Carrie Underwood is one of the biggest country acts out there today that has crossed over into the mainstream top 40 with such hits as Inside Your Heaven, Before He Cheats, So Small, Last Name, I Told You So, Cowboy Casanova, Good Girl, and Jesus, Take the Wheel.

Carrie Underwood won first place on American Idol during their 4th season and has gone on to become a multi-platinum recording artist with several Grammy Awards, American Music Awards, and Billboard Music Awards to her credit among others.

Carrie Underwood at the UCF Arena in 2008